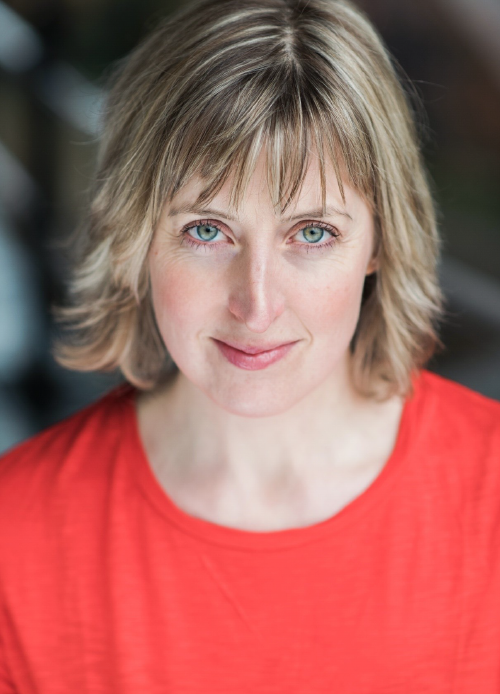 Hannah is a performer, theatre maker and professional role player. She holds a degree in Acting from the Royal Welsh College of Music and Drama and also trained in Commedia dell’Arte in France. Her work has taken her to many theatres around the UK and Europe, along with !lm and TV. Her work has taken her into schools, where she ran bespoke performance workshops, and down to the Eden Project in Cornwall as part of a farming, food and sustainability show. Hannah has also run her own theatre company where she co created a successful show that performed in London, theatre festivals and toured around England. Hannah is a con!dent improviser and has lots of experience working on site speci!c projects. A personal highlight has recently been working with Oily Cart Theatre Company in their hydrotherapy pool based show ‘Splish Splash’, for young people with PMLD and also those with ASC and MSI. Hannah has been a professional actor since 2000 and a role player since 2004. She has worked across both the public and private sectors, in a variety of settings. Some of the areas she has worked in are: development centres, assessments centres, change management, bespoke role play and forum theatre. She has also been a part of several training DVDs.

Hannah has extensive experience of role playing in a variety of business settings covering training areas such as change management, performance management, questioning and listening skills, consultancy skills, assessment centres, graduate programmes, diversity and recruitment selection. She is con!dent in role playing both prepared and bespoke scenarios. Her work has also included acting in training films specifically designed to be used in training. Hannah has also taken part in a webinar based training session. She was excited by the possibilities of working in this way and with people located all over the globe!