A Matter of Life and Choice

You may, by now, have heard of Simon Binner. 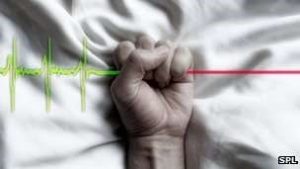 On the evening of October 18th 2015, Simon, his wife Debbie and a four lifelong friends sat down to eat at a neat, round table in a peaceful restaurant in Zurich. Behind the intimate conversation and gentle laughter, the clink of glasses and the touching of hands were etched the lines of an unspoken and profound sadness. They all knew this would be their last meal together.

The next morning, Simon made the journey from Zurich to Basal, to the clinic of the Eternal Spirit Foundation. At 9.38am he nodded, smiled for the last time and said goodbye. With composed certainty Simon eased the switch on the drip line, to release the fluids that would take him into permanent sleep, finally releasing him from the torment and humiliation, the ignominy and “unmanliness” of his incurable illness. This was Simon’s choice. A simple, intricate choice; the choosing of the time and manner of his own dying. It was a serene and dignified ending.

Five weeks before, on 11th September MPs sat in Westminster to vote on Lord Falconer’s Assisted Dying Bill. The outcome was a resounding success for those opposed: 118 for; 330 against. The door of opportunity for those in the UK who wish to control the final moments of their destiny had been firmly closed, for years to come. I struggle to comprehend the rallying cries of objection. Abuse? Exploitation? Coercion? Care not killing?  Driven by religious fervour and fuelled by stigma a distorted morality seems to endure. Isn’t this a question of freedom, justice, humanity? What is it that we fear? Is liberty, or is it death itself?

Simon was 57. I am 56. What would I do in Simon’s place? Would I cling to life until the bitter end, squeezing out my last few wheezing breaths, or would I look my loved ones in the eye and whisper a soundless, resolute farewell. I can’t know. How can one? But what I do know, with certainty, is my belief that is my fundamental human right to choose; that I am worthy of that choice.

In the end, at the end, that is all there is.

“For what is it to die but to stand naked in the wind and melt into the sun.”
(Khalil Gibran)

“Death, in itself, is nothing; but we fear
To be we know not what, we no not where.”
(John Dryden)